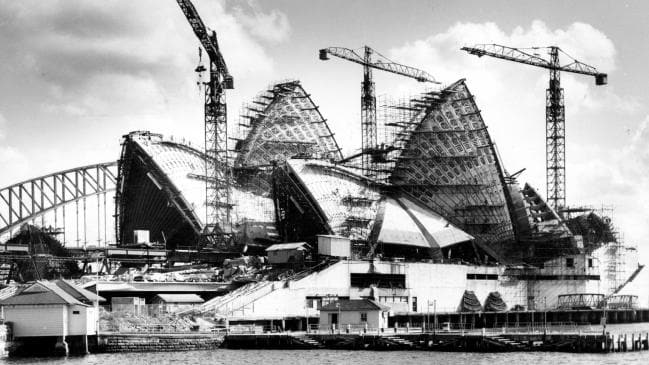 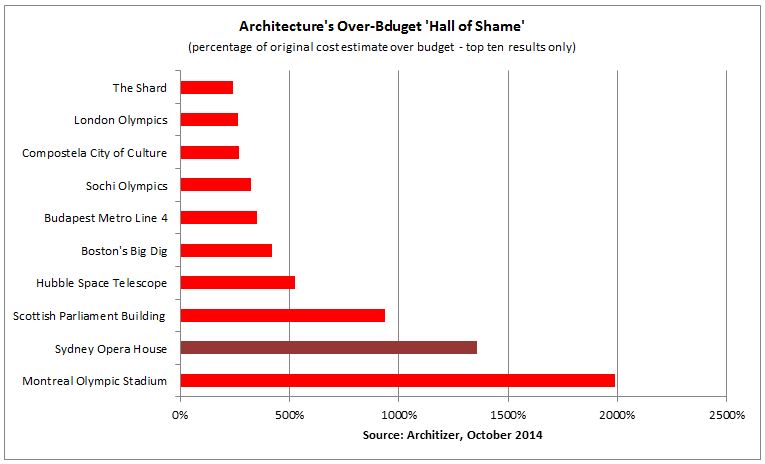 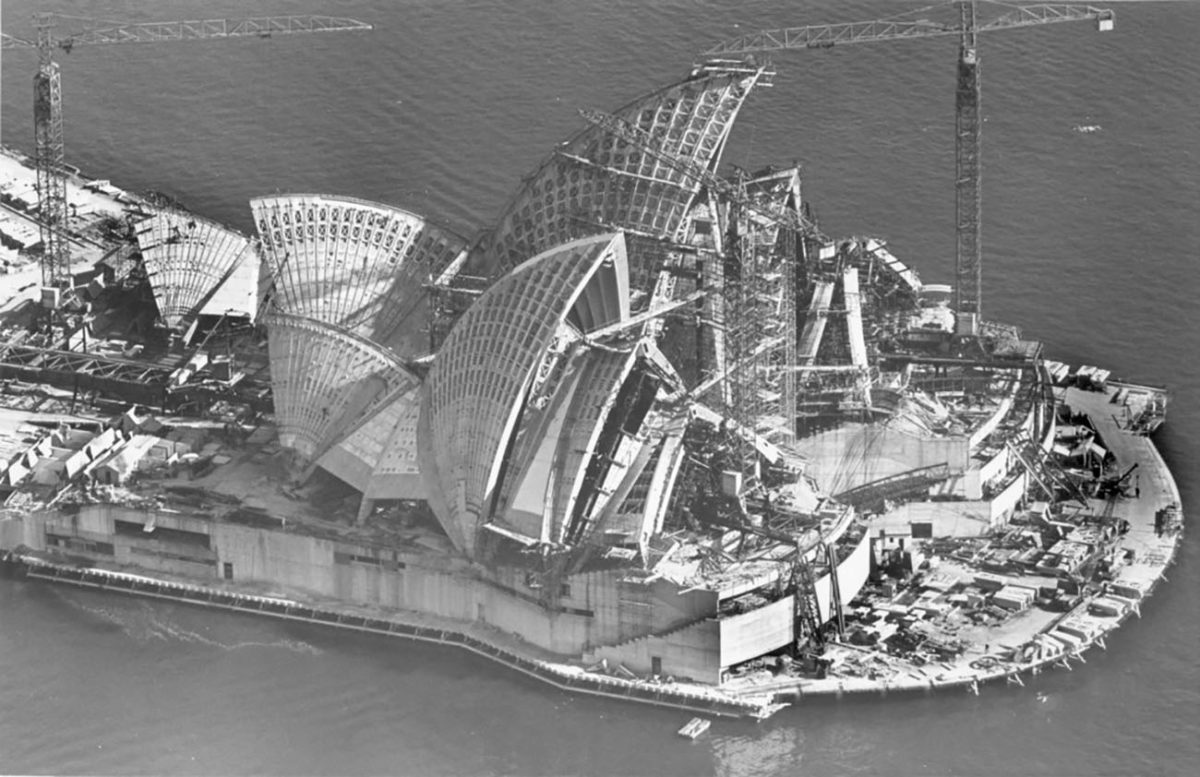 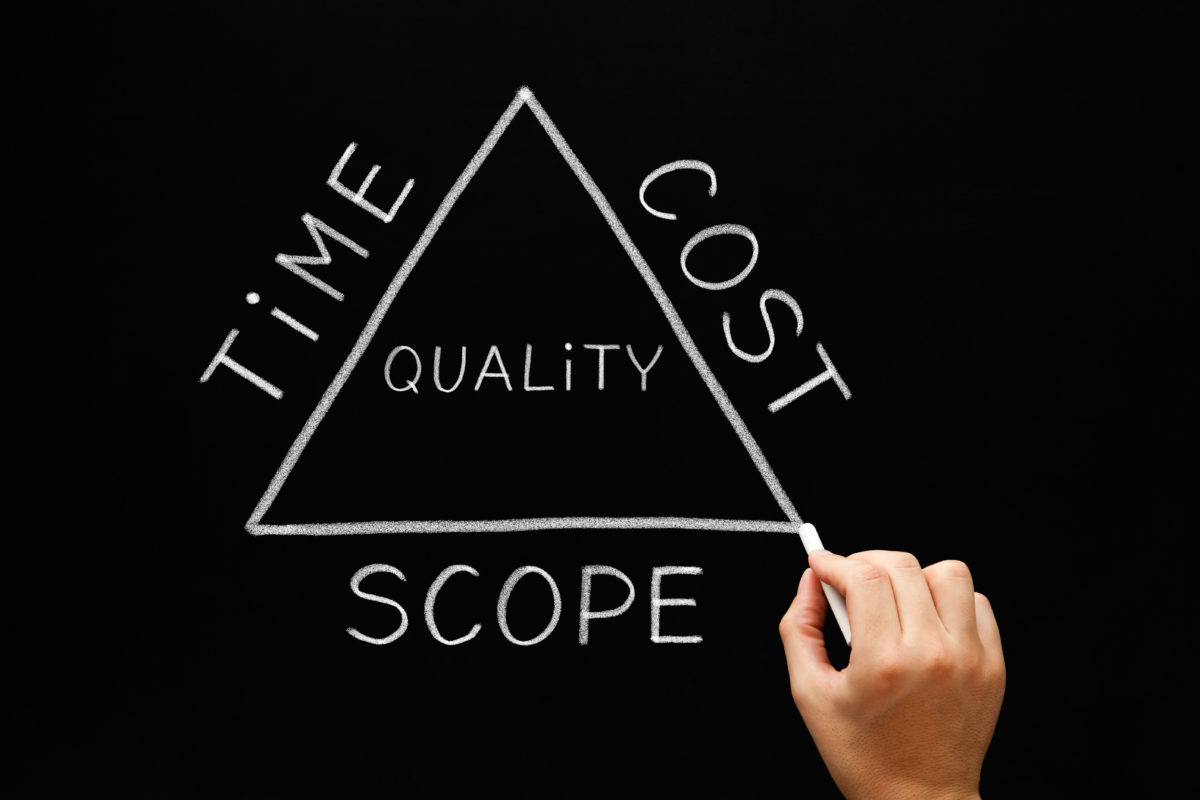 In previous articles, we’ve looked at a famous example of a flawed business case and flawed briefing processes.

In this article, we’re referencing an even more famous piece of Architecture – The Sydney Opera House.

Today, the Sydney Opera House is considered one of the most successful examples of civic Architecture; it is known globally; and is universally loved in Sydney.

However, this wasn’t always the case.

The Opera House hit the jackpot as a piece of enduring iconic Architecture in a game of Russian-roulette that has seen many other civic buildings fail.

Following Yorn Utzon’s design being announced as the winner of the design competition, the Sydney Opera House was originally expected to cost about $7M and be completed in 1963. It was eventually completed 10 years later at a cost of over $100M – 14 times over budget!

The Opera House has been described as being “literally the worst example of mega-project planning”, and Architecture blog site Architzer has placed it second on the list of a ‘Hall of Shame’ of landmark building projects for which budget blowouts have occurred.

So what went wrong? And what can be learnt from the Opera House to help you avoid a budget blowout on your next project?

In short, the Opera House is an example of a project where the Cost Plan was used as a report, not a tool. As the design became more complex, the costs went up.. and up… and up, with no control or restraint.

The cost plan wasn’t used in the design process to inform key design decisions; nor was it used by a project control team to assess the project budget at critical milestones of the design development process.

Of course, like many civic projects, politics and bureaucracy must have made the design development process of the Opera House complex… and hey, it wasn’t a ‘real world’ project being driven by commercial interests.

Governments are good at blowing budgets with our tax dollars! Sydney’s light rail is the NSW Governments latest attempt at a massive budget blowout!

In the ‘real world’ with commercial interests in play, a 14x budget blowout is just never going to be allowed to happen! In fact, a 1.4x budget blowout would be grounds for serious questioning of the competency of the project management team.

So how do you manage the building budget for a ‘real world’ commercial project??

Well as we’ve indicated, the cost plan should be used as a tool, not a report. It should be referred to for all design decisions, and most importantly there should be checks at pre-defined milestones throughout the design process.

They’re called milestones (or sometimes gateways) because they should be a hold point. That is,

What do we mean by affirmative action? Well, we mean that specific action is taken in response to costing information in the cost plan.

If the cost plan is “on budget”, then the affirmative action (the way forward) may be to proceed based on the approved design.

If the cost plan is “over budget”, then changes to the design must be agreed to bring it back on budget. The project should not proceed to the next phase of design development until the consultant team formulate, agree and execute changes to the design. The revised design should be costed again to check that it has been brought back “on budget”.

When should cost plans be prepared?

Cost plans should be prepared at key milestones of a project.

Of course, every project should be considered according to their characteristics. Different projects will suit milestones being set a different points of the design development programme depending on the size of the project and the risk profile of its components.

However, as a minimum, cost plans should be prepared at the following stages of design and documentation development:

Are you looking to refurbish or expand your venue to drive revenue and profitability at your Club?

Find out what you need to know to improve the financial standing of your Club without compromising your community focus...

So why do budget blowouts occur?… and what is a cost plan anyway?

In Part 2 of this series, we look at our top 10 reasons budget blowouts occur.

In Part 3, we’ll take a closer look at a cost plan.